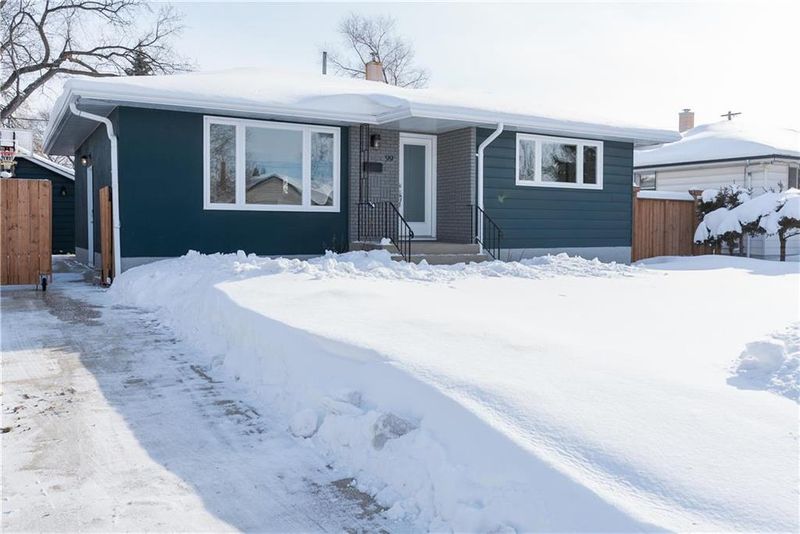 Saint Boniface is a large centrally-located neighbourhood within the Southeast End of Winnipeg. Here, you will find the largest speaking francophone population within all of Winnipeg.  In fact, Tourisme Riel puts it as the largest Francophone community in all of Western Canada.  If our French was any better, we would have written this entire page for you en Francais! This is a large area that consists of many smaller subareas such as: Norwood and Norwood flats which are often sought-after areas for the unique neighbourhood style where front streets are eliminated and the homes were to be served by a back entry way. This allowed for a focus on sidewalks and walkways in front of the home. The electoral district of Saint Boniface is different from what we reference as Realtors as the St. Boniface Area.  For the purposes of this page, we are only going to use the Realtor St. Boniface Area for our stats and numbers.  These approximate boundaries are the Red River to the West, Mission Street and the Red River to the North, Lagimodiere Boulevard to the East and Carriere Street to the South. Saint Boniface is less than 2 kilometers to the downtown core, and approximately 12 kilometers from the Winnipeg James Armstrong Richardson International Airport.

Fun Fact: Saint Boniface’s claim to fame is that it was the birthplace of Metis Leader, Louis Riel.

Saint Boniface has a ton of character – and its homes are no different!  Much of the construction in the area was completed prior to the 1950’s, with around 80% of the listings on the MLS typically being 1950’s or earlier construction.  There are some infill or new development options disbursed throughout the area whereby a builder has torn down an existing home and erected a new construction option in its place. The majority of the home styles are bungalows, 1½ storeys, two storeys, or even 2½ storey homes, signature for the era in which they were built. There are also a number of conversion projects within the area – mostly homes that were formerly single-family homes that have now been converted into duplexes. Home prices begin at $140,000 for a tiny home (under 500 square feet), or for a larger home in need of substantial repair, and go upwards of $900,000 for a more substantial, riverfront home.

There are some condominium offerings within the community – some of them former apartment or even house conversions, some are townhouse or multi-level attached style options.  Prices on condominiums range from $80,000 for a bachelor suite without any bedroom and one bathroom all the way up to $650,000 for a more substantial condominium overlooking the Red River (3 bedroom, 2 bathroom, 1840 Square feet).

Saint Boniface is within the Louis Riel School Division.  The area has six public schools within its borders.

Archwood School with English Programming for Kindergarten through to Grade 8.

Marion School with English Programming for Kindergarten through to Grade 8.

Nordale School with English Programming for Kindergarten through to Grade 8.

Ecole Provencher with French Immersion Programming for Kindergarten through to Grade 3.

Ecole Henri-Bergeron with French Immersion Programming for Grades 4 to Grade 8.

Nelson McIntyre Collegiate with English Programming for Grades 9 through to Grade 12.

For those wishing to send their children to French Immersion for High School courses, your child will likely be placed in College Beliveau in neighbouring Windsor Park.

Also within the borders of the St. Boniface neighbourhood, you will find the Université de Saint-Boniface (USB).  This is a French-language post-secondary school offering general and specialized university degree programs as well as technical and professional training.  Many of its students are from Manitoba but it also accepts students from the rest of Canada and 20 different countries.  It is affiliated with the University of Manitoba, USB now has 1,250 regular students and more than 5,000 enrolments in its Continuing Education Division, which includes a language school. It is the only French-language university in all of Western Canada.

The Saint Boniface General Hospital is located at 409 Tache Avenue. It is one of Manitoba's largest health care facilities and one of two teaching hospitals here in Winnipeg.  St. Boniface maintains a campus comprised of more than 180 departments and services with various specialties and has a beautiful backdrop of the Red River.  In total, over 4,000 health care professionals and support personnel work at the St Boniface General Hospital! We love St. Boniface Hospital and its staff, as several of the Queen Team babies were actually born here!

The Saint Boniface Public Library is located at 100-131 Provencher Boulevard.

Shopping in Saint Boniface is unique, most of the store are independently owned and run. On a nice sunny day St. Boniface is a great place to walk the streets and check out all the different shops. The options are extensive – whether you be looking for a children’s book an eclectic collection of jewelry, fashion-forward handbags, locally made cheeses, art galleries, or so much more.  The streets are oozing with small businesses just waiting to be discovered!

Dominion Centre is a small strip mall, located on Goulet and St. Mary’s Road. It has anchor stores like Shoppers Drug Mart and a Liquor Mart, among other strip-mall type shopping options.

If you are looking for a larger mall, St. Vital Centre would be your closest option – a quick drive down St. Mary’s Road will get you right there!

Whittier Park is one of the largest parks within the area and houses Fort Gibraltar as well as many other fun river walking trails.  Journey back in time to the fur-trade era with a visit to Fort Gibraltar. The fort is a reproduction of the original fur trade post built by the North-West Company around 1810. In summer, costumed interpreters guide visitors through this historical site, while in February it is part of the annual winter festivities of Festival du Voyageur.  Let’s not glaze over this festival.  If you are lucky enough to be in Winnipeg in February, this is an absolute family must-do activity.  It is a great way to get outdoors, enjoy some pea soup, take in a fiddling contest, or explore the beautiful snow sculptures among many other fun-filled activity.

Winnipeg’s oldest building—an oak log building originally used as the Grey Nuns’ Convent—houses the Le Musée de Saint-Boniface Museum. An impressive collection of artifacts and displays in French and English that help to explain the history of French-Canadian and Metis communities in Western Canada. A special exhibit is dedicated to Louis Riel, the “father” of Manitoba.

One of the city’s major architectural landmarks, St. Boniface Cathedral attracts thousands of visitors each year. The current cathedral is the fifth one built on this site since 1818. It incorporates the facade and remaining walls of the 1908 building before it was destroyed by fire in 1968.  Those getting married within Winnipeg often have this building serve as their backdrop.

Catching a Goldeyes game?  Why not park in St. Boniface and then walk over the beautiful Esplanade Riel Bridge all while taking in beautiful views of the Red River.

Saint Boniface Golf Club is located just outside the borders of the community at 100 Youville Street. It is a semi-private 18-hole course, which runs along the Seine River.

Promenade Taché is an interpretive walk on the banks of the Red River along Taché Avenue from the Provencher Bridge to the Norwood Bridge in St. Boniface.

Want to try something new?  What about Disc Golf (Frisbee Golf)?  Visit Happyland Park Disc Golf at 558 Prosper Street in St Boniface to test your skills!

19:  Marion to Logan to Notre Dame