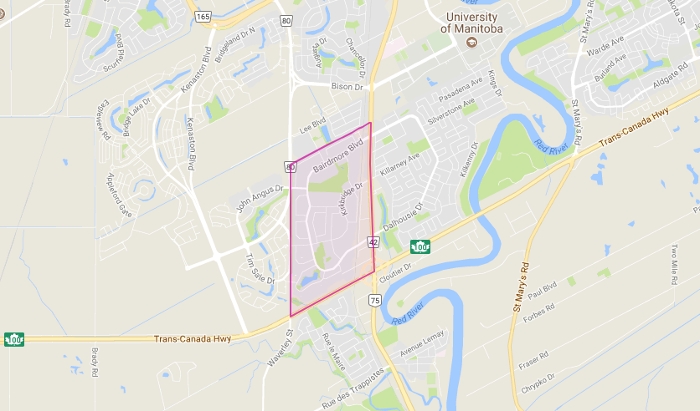 Richmond West is a residential subdivision made up of mostly single family homes. The area is located in the south of Winnipeg. It is bordered on the north by Bison Drive, on the East by Pembina highway, on the south by the Perimeter Highway and the west by Waverley Street. Richmond West is approximately located 14km from downtown and 18km from the airport. 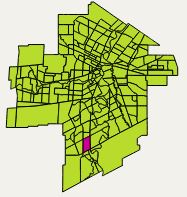 Most of the dwellings are single family detached homes. Price ranges for residential dwellings in the area range from $290,000 for a smaller bungalow to $800,000 for large custom-built homes. The area really started developing in the late 70's, early 80's with construction continuing even through until today. The bulk of the houses in the area were built in the 80's and 90's with the majority being bungalows followed by two storeys.  You will also find split levels and cab-overs in the area.

Richmond West is part of the Pembina Trails School Division. The area has one school in it, Bairdmore Elementary School.  Students who require French immersion will be sent to St. Avila Elementary in Fort Richmond or Viscount Alexander Middle School in East Fort Garry. 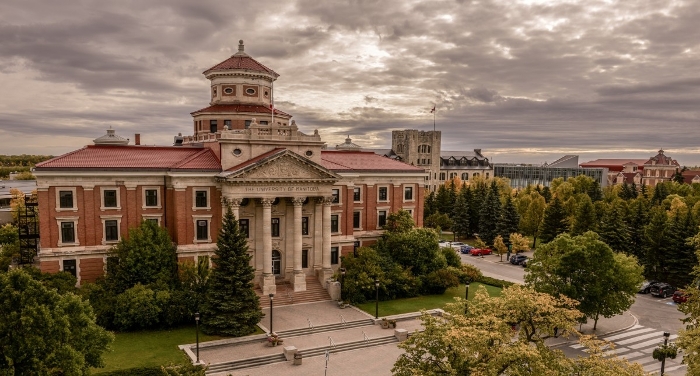 University of Manitoba is also within close proximity to Richmond West. The university maintains a reputation as a top research-intensive post-secondary educational institution and conducts more research annually than any other university in the region. It is the largest university both by total student enrollment and campus area in the province of Manitoba and the 17th largest in all of Canada. The University's raised admissions standards, wide array of professional disciplines, and global outreach have resulted in one of the most diverse student bodies in Western Canada. The campus includes both Faculties of Law and Medicine, and boasts hundreds of degree programs.

There is the Pembina Trail Library located at 2724 Pembina Highway.

Victoria General Hospital, located at 2340 Pembina Highway, has over 231 beds with more than 1200 staff and 300 volunteers.

Waverley Heights is entirely residential and does not offer many shopping options in the immediate area. Pembina Highway offers a wide variety of strip mall shops and services. The Fort Richmond Plaza Mall hosts Sobeys, and several other specialty shops and services at close convenience.  The area is also within a 10 minute drive to the Kenaston area that offers a luxury outlet mall, Ikea, Costco, Walmart, Home Depot, and Lowes, among others.

Richmond West does not have a recreational facility. Fort Richmond Community Center is where most of the indoor events take place for residents in the area. This community center holds numerous events, such as; hockey, ringette, lacrosse, baseball, exercise classes, teen dances, etc. The community center also has two outdoor rinks. The Margaret Grant Indoor Pool is located right across Pembina highway in Fort Richmond.

Because of the proximity to the University of Manitoba, residents of Richmond West can attend a variety of university-level sporting events.  These sports consist of hockey, volleyball, basketball, football, soccer, and much more.  It is also close in proximity to the Investors Group Stadium, where the Winnipeg Blue Bombers call home. This stadium can hold up to 40,000 spectators and has been a popular venue for well-known artists, international events such as FIFA, and much more.